You have probably heard the term SSD or Solid State Drive before. So what is it exactly and how does it compare to the regular hard drive?

The term “RAID” gets thrown around a lot and it might sound pretty complex. Believe me—it is not, and you can become fluent in the RAID-terminology in no time.

RAID is an abbreviation from Redundant Array of Independent Disks. Having independent disks is the main idea behind RAID (water is wet, right?), since it improves the fault tolerance and the chances that if something goes wrong, you will not lose your important data.

In a nutshell, RAID is meant to distribute your data between several hard (or solid state) drives, resulting (depending on the chosen RAID level) in more fault-tolerance and/or speed. You can sometimes use RAID on your personal computer, but they are mainly used for servers.

Now that we got that out of the way, let’s explain the most popular levels without getting too technical, shall we?

To begin, imagine you have two hard drives. You want to write data on them as fast as you can. What do you do? Well, you could write data on both drives at the same time. So, for an example, if you want to write the word “Hello” on your drives, you would write “H”, “l” and “o” to drive number 1, and “e”, “l” to the second drive.

Since you can perform two actions at once, the writing times are cut in half. The negative side of RAID 0 is that if one of the drives fails or there’s a power outage, you can lose all your data.

RAID 0 is recommended for services that need to be especially fast. Such services might include live streaming services or video editing, which might otherwise take quite a long time. 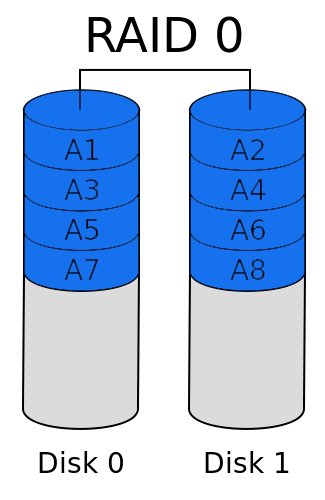 If you have valuable information that you can’t afford to lose (but you still have a limited budget), RAID 1 might be the right solution for you.

Mirroring just doubles the same data on two (or more) drives, making it more fault-tolerant, but also slower. Essentially, it’s like writing with both hands at the same time – it’s going to slow the system down since it doubles all the actions, but when one drive fails, you can always turn to the other one to ask for your valuables back. Another downside is that it uses up double the space, so it is more expensive than just having one drive.

RAID 1 is recommended for services that store critical information, such as application servers or drives that have important information on them. 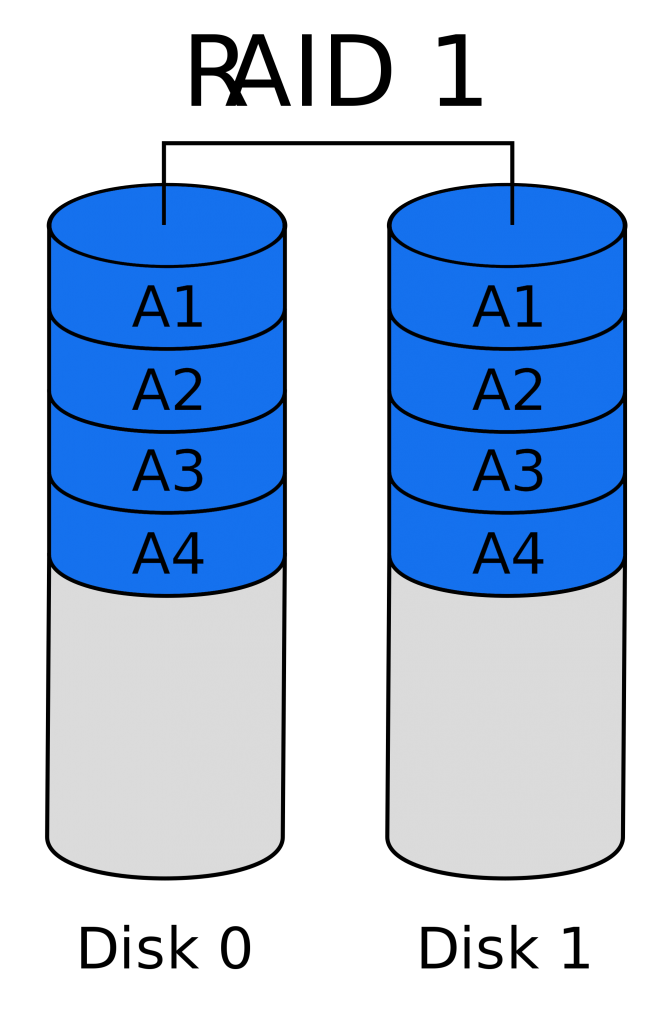 Somehow we have made it from 0 and 1 to 5, hooray! The reason being that RAID levels 2-4 are not very popular, and this article would be just painful with ALL the different types.

RAID 5 is a slightly more complicated version of RAID 0. All the data gets written on (at least) 3 disks, but the third disk contains the sum (parity) of data written on the first two disks. So, for an example, if the sum of the first disk’s data is 10, the sum of the second one is 20, then the parity number is 10 + 20 = 30.

Now, if the first disk fails, the parity can be used for what it’s meant for –  the second drive’s sum gets subtracted from the parity (30 – 20 = 10). With that calculated number, the missing data can be rewritten.
RAID 5 is faster than just disk mirroring (RAID 1) and offers more fault tolerance. However, it is not as fast as RAID 0, since the drives still need to calculate the parity after each write. It is also quite expensive, since it requires at least 3 drives, and 1/3 of the storage space is taken up by the parity. 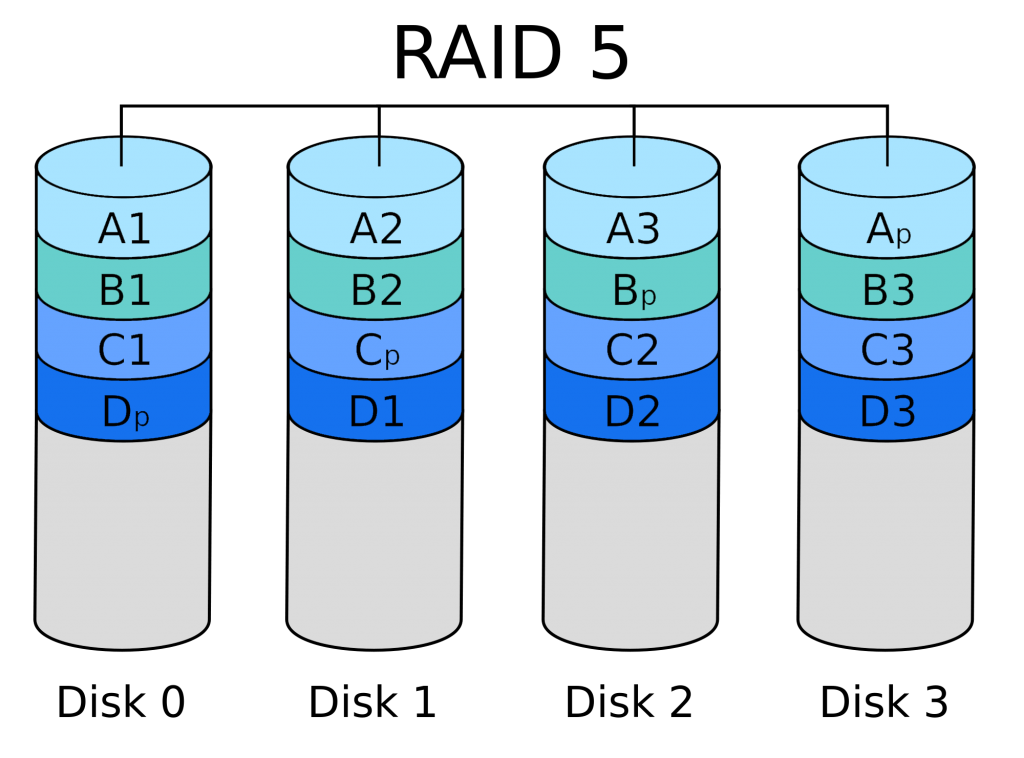 This RAID does pretty much what it says – it combines the first and second RAID levels. In short, it combines the speed of RAID 0 and the performance of RAID 1. The main downside of using RAID 1+0 is that it is expensive, since you need at least 4 drives. Also, write times are twice as slow as the read times, since two copies will be written at the same time.

We would be happy to implement a RAID system of your choosing, or offer you a free consultation to see what would be your best option.

In just over 17 years, PRO has grown from another ‘dime a dozen’ corner shop with humble beginnings in  Andersonville into the most trusted computer repair and technology services company in Chicago.